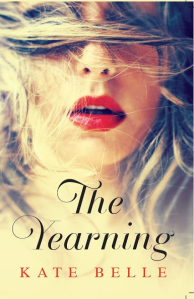 Just as the Biblical Eve is tempted to taste the forbidden fruit, so too is a young girl in The Yearning, a surprisingly beautiful book about first love and experiences that can colour a person’s life irrevocably. Although it’s labelled ‘erotic fiction’, do not be misled: The Yearning is much more than a sexy romp. Instead, it’s a thoughtful examination of how the lines between sex, love and lust can blur; it highlights the innate need most people have for emotional connection outside the realm of desire. And although it’s set in 1978 in a small Australian country town, a time and place befitting social changes of the time, the stage of The Yearning could be anywhere – the major themes transcend location, making the story interchangeable in time and place.

Solomon is flattered and knows he must resist the notes’ siren call. He’s happy sharing his ‘affections’ with the ladies of the town, unmarried or not, and getting involved with a schoolgirl is a scandal he’s keen to avoid. But the notes awaken something in him; soon his desire mirrors hers and he fantasises about being the one to awaken her to the true pleasures of physical intimacy … when she turns up in his driveway one afternoon, it’s no great surprise what he – they – choose, a fait accompli, really. Nor is their discovery and forced separation surprising. However, what neither of them could have foreseen in those heady moments when desire met passion were the long-term and haunting consequences their affair would have on them both. For the girl, who believes she has found her soul-mate, how will her sexual awakening affect the rest of her life?

As I read this book, a couple of songs came to mind … it’s funny, but it was like a soundtrack for The Yearning was running through my head the entire time. Does anyone else do that? The first, Don’t Stand So Close To Me by The Police, is obvious when you consider the lyrics:

Young teacher, the subject
Of schoolgirl fantasy
She wants him so badly
Knows what she wants to be
Inside her there’s longing
This girl’s an open page
Book marking – she’s so close now
This girl is half his age…

The second is Kiss by Prince – the first verse reminded me of Solomon, introducing his young lover to sex:

The Yearning is a beautifully written book, as generous with its prose as the young girl is with expressing the desires of her heart. Any concerns I had from a moral viewpoint about the teacher/schoolgirl focus vanished as I was quickly drawn in by a storyline far more complex and lastingly satisfying than a quick roll in the hay; the erotic elements were essential to the story, but in no way lurid or condoning sexual exploitation. Peppered throughout are quotes from Song of Songs, a Biblical collection of love poems known by some for its sensual images and thought largely to be written by King Solomon – such content may seem out of place in the Bible, but it is really a celebration of physical intimacy between a loving couple. In The Yearning the verses remind me of soft, sensual whispers between a couple – perhaps it is Solomon whispering to the young girl, a literary glimpse into their room?

Aside from the quotes, there are a couple of other notable and intriguing Biblical links. One is the name of the young girl – it’s revealed at the end and let’s just say that it fits. When I read it, I nodded – it made perfect sense. The other is the name Solomon. The Biblical Solomon was regarded to be the wisest man alive, a man of wisdom and deep thought; the character Solomon is a teacher who proves extremely knowledgeable about women’s bodies, but less so about their hearts. You could say he is wise, even gifted, in the ways of sensual love or sexual intelligence. But he’s missing something the Solomon of the Bible, widely accepted author of at least part of Song of Songs and the Psalms, had and that’s emotional and spiritual intelligence. Solomon has no idea the emotional importance his ‘tutoring’ of the young girl has on her psyche; the emotional aspect of a couple’s union has never been foremost in his sexual life.

One other point, I wanted to make is the use of the word ‘ruin’; in The Yearning it has a number of applications. Joe, the young girl’s father, says Solomon has ‘ruined’ his daughter. At first glance, it seems he’s referred to her being physically ‘ruined’ – no longer a virgin. Physically, of course, it goes even deeper, for Joe’s daughter is ruined for other men. No one else will ever come close (oh no, another song just popped into my head). At second glance, I think he’s more aware than he, a man no match for Solomon’s verbal prowess, appears; the circumstances of Joe’s own marriage tell me that he knows his daughter is also ruined emotionally and spiritually for other men.

I could write more. I could go into more depth about the characters, questions such as ‘Who holds the power in this situation?’, themes of redemption and so forth, or I could write about how Belle has depicted a pivotal moment in a woman’s experience (she has) … but I think I’ve written enough. All there is left to say is, read this book! Let the book speak for itself and to you. I loved it and I’m ready for more – Kate Belle, what’s next?

There’s a handy  reading guide that may help book clubs.

Available from good bookstores. This copy was courtesy of Simon & Schuster.

Bookish treat: A crispy, sweet, shiny red apple – linked to temptation in the Garden of Eden … and Snow White couldn’t resist one either. What is it about apples and temptation? (And why aren’t my kids tempted to eat them?)