Reviews on this site will now comprise a book blurb and a short response. Pamela Hart’s first two books won my reader’s heart and her latest book, A Letter From Italy, cemented her as a go-to author when I want a love story to remember. Here’s the blurb:

1917, Italy. Australian journalist Rebecca Quinn is an unconventional woman. At the height of World War I, she has given up the safety of her Sydney home for the bloody battlefields of Europe, following her journalist husband to the frontline as a war correspondent in Italy.

Reporting the horrors of the Italian campaign, Rebecca finds herself thrown together with American-born Italian photographer Alessandro Panucci, and soon discovers another battleground every bit as dangerous and unpredictable: the human heart.

A Letter From Italy was inspired by the life of the world’s first woman war correspondent, Australia’s Louise Mack, who is mentioned as a form of role model for lead character Rebecca several times in the novel. Once again, Hart highlights the difficulties women faced in a changing societal and political landscape, as they struggled for equality. While Australian women have won the vote, a fact which mystifies and inspires the Italian women Rebecca meets, they still face opposition from men in terms of job equality. And Rebecca finds, that opposition is closer to home than she realises, a betrayal which makes her even more determined to stand up for herself.

Hart draws together two characters whose chemistry simmers for much of the novel, adding tension to those already present due to war and societal factors. Both are vulnerable and both have something to prove – not to each other, but to the wider community. Alessandro, or Sandro, is embarrassed by not being able to fight, and wants to contribute to the war effort in other ways, as well as be allowed to make decisions for his romantic future. Rebecca wants to prove herself in her career, but comes to realise that her marriage may be one of the things holding her back. What neither expects is love, and Hart, in a testament to her name, draws out their budding feelings with heart and authenticity.

With this enjoyable read of love, war and finding one’s place in life, Pamela Hart has done it again.

Available from good bookstores (RRP $29.99AUD). My copy was courtesy of Hachette.

4 Comments on REVIEW: A LETTER FROM ITALY BY PAMELA HART 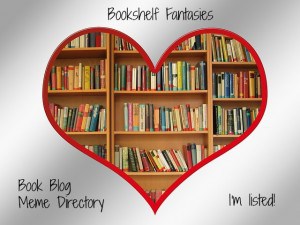